I'm planning on posting some reviews and musical writings here and this revew of the Figures Of Light is the first one. Enjoy. 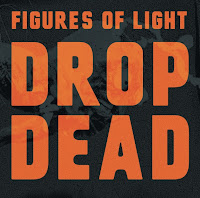 FIGURES OF LIGHT
”Drop Dead” (Norton Records)
The world found out about the Figures Of Light a few years ago when Norton reissued their debut 7” from 1972. A proto-punk garage gem that had been hidden from the world for ages. Then the band released a whole LP with material including that first 7”, some other vintage recordings  mixed with new stuff. I’m sure there were more people than me who didn’t believe the new stuff would cut it but it actually sounded great and not at all different from the 70’s recordings. So now, here’s the first album with all new recordings and it’s definitely a more cohesive record than the first one. Produced by Mick Collins (Gories, Dirtbombs) and the band is backed up by Collins och guitar, Miriam Linna (Cramps, A-bones) on drums and Marcus ”The Carcass”  Natale on bass. The team crank out some really cool primitive garage punk. Mick Collins gets the sound just right and his guitar really lift the songs. The Figures Of Light really know what was good about their music in the first place and don’t try to complicate things that are best left simple and primal. The stanout track to me is definitely ”World Of Pain” where they get a nasty repetitious Cheater Slicks vibe going. My only complaints is that sometimes the songs tend to drag out for a bit too long and they could have easily skipped a couple of tracks to get a more solid whole I think. That’s just small stuff though because it’s a really good album and people who dig that primal garage thud should definitely check it out. -Martin
Check out my interview with the Figures Of Light here:
http://www.savagemagazine.com/magazine/foliview/ 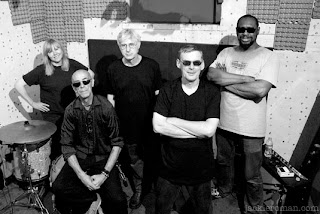